Vulnerability and Meditation: Love and Surrender

“I remember my first visit with my guru. He had shown that he read my mind. So I looked at the grass and I thought, My god, he’s going to know all the things I don’t want people to know. I was really embarrassed. Then I looked up and he was looking directly at me with unconditional love.” — Ram Dass

When Ram Dass, author of Be Here Now and influential contemporary American yogi,  first went to see his guru, Neem Karoli Baba, he brought his shame with him — the things he didn’t want others to know about him — fearing that, by exposing his secrets, he would no longer be loved.

We all live with some degree of shame. We all live with some fear of exposure, the fear that our imperfections, foibles, mistakes, self-destructive behavior, addictions, neuroses, moments of madness, weaknesses, and idiocies may be broadcast to the world and render us shamed, ostracised, despised, and unlovable. We hold on to our shame and it festers as self-loathing, the secret things we don’t want others to know about us, the things that don’t fit in with our public image, with our carefully-crafted persona, laboriously negotiated with colleagues and peers, friends and family, but vulnerable to exposure and attack.

And make no mistake: the weapon of shame is alive and well in our culture. In the Puritan colonies we shamed with the stocks; today we shame with Twitter. Shaming is as powerful and prevalent a weapon today as it was three hundred years ago.

What transformed Ram Dass was the recognition that his guru offered love that was without conditions or expectations. Neem Karoli Baba did not offer love because he was hoping others would love him, too; he simply radiated the love that was at the core of his being. It was a deep, authentic, spiritual, love light that shone on anyone and told them that they could be exactly what they were and he would love them just the same.

It is this liberation from his own shame, through the unconditional love of his guru, that allowed Ram Dass to open his heart to the love and devotion that defines his spiritual practice. And this opening of the heart is, by definition, an act of vulnerability.

The Oxford Dictionary tells us that vulnerability is “The quality or state of being exposed to the possibility of being attacked or harmed, either physically or emotionally.” Our shame hides the things that others can use to attack us–our foibles and mistakes, neuroses and weaknesses–and our vulnerability is the result.

Yet, as Brene Brown has so compellingly shown in her TED Talks “The Power of Vulnerability”(2010) and “Listening to Shame” (2012), we cannot allow ourselves to hide from vulnerability, because vulnerability is more than just the fear of exposure or harm. Vulnerability is also a quality of bravery, a willingness to engage with life in spite of the fact that we will undoubtedly and assuredly be hurt by doing so. Brown quotes Theodore Roosevelt’s speech “Citizenship in a Republic” (1910)  to make the point that fear and shame cannot be the foundation of a great life:

It is not the critic who counts; not the man who points out how the strong man stumbles, or where the doer of deeds could have done them better. The credit belongs to the man who is actually in the arena, whose face is marred by dust and sweat and blood; who strives valiantly; who errs, who comes short again and again, because there is no effort without error and shortcoming; but who does actually strive to do the deeds; who knows great enthusiasms, the great devotions; who spends himself in a worthy cause; who at the best knows in the end the triumph of high achievement, and who at the worst, if he fails, at least fails while daring greatly, so that his place shall never be with those cold and timid souls who neither know victory nor defeat.

Thus, vulnerability doesn’t just expose us to pain and suffering; it is also the foundation of all that we may achieve, for without the willingness to expose ourselves to critics and shamers, trolls and politicos, ideologues and fanatics, we will accomplish nothing. Vulnerability is also behind the bravery that dares greatly.

One of the things that has become most obvious to me, both as a meditation teacher and in my meditation teacher training, is that vulnerability comes with the territory. Our spiritual practice asks us to look deep inside ourselves at the myriad identifications of the ego, at the intellectual and emotional walls behind which we hide, at the layers of inauthenticity and fear that characterize our identities, at our shame and self-loathing, at the patterns of self-destructive and neurotic behavior that sabotage our efforts in love and life.

And all of this painful self-examination is absolutely essential to clear the spiritual path so that we stumble and delude ourselves less as we make our way through. To acknowledge our own struggles and neurosis (while not wallowing in them and becoming identified with them) is precisely the path of bravery we require to grow as yogis. The obvious vulnerability of letting down our defenses as we engage in this self-examination means that we are counting on the compassionate response of our peers, which is a basic aspect of the spiritual fellowship we need in any environment in which we are teaching meditation.

Eckhart Tolle reminds us in The Power of Now that “The most common ego identifications have to do with possessions, the work you do, social status and recognition, knowledge and education, physical appearance, special abilities, relationships, personal and family history, belief systems, and often nationalistic, racial, religious, and other collective identifications. None of these is you.” We are deeply identified with things that are not us. We are deeply identified with beliefs and a sense of self that are imprinted on us by parents and friends, schools and television, preachers and professors, psychologists and doctors, newspapers and talking heads, karma and DNA… And yet, none of this is truly who we are.

We are not these identifications of ego, which are the product of our attachment to passing and impermanent things. The essence of our being, in the tradition of Yoga,  is identical with the Soul, the Self that is prior to any of the attachments and aversions that are created by our sense of separateness from Spirit. The Bhagavad Gita tells us, poetically, that the Self is:

That which cannot be wet with water

Or blown by the wind

Or struck with a stick

Or burned by fire.

The Self is neither born nor dies, knows nor judges. The Self is beyond the love that our regular selves expect; it radiates the deepest, most primordial, Love that can possibly exist. “Unconditional love really exists in each of us,” says Ram Dass. “It is part of our deep inner being. It is not so much an active emotion as a state of being. It’s not ‘I love you’ for this or that reason, not ‘I love you if you love me.’ It’s love for no reason, love without an object.”

And this Love is the companion to our vulnerability. We make the (rash and fraught) decision in our spiritual practice to hurdle over the ego-protections we have built up in a lifetime of dealing with the shame, judgement, criticism, bullying, and passive-aggressive attacks to which we are routinely exposed in society, and launch ourselves into the unknown, unprotected and vulnerable, but holding tight to the transformational experiences of our meditation practice in which we discovered those deeper energies that shimmer in the shadow of our egos and radiate the Love we count on to support us.

“The ultimate act of power is surrender,” as the kirtan wallah Krishna Das says, and it is the surrender to our sense that Love is more powerful than our psychological defenses that gives us the strength to make the leap into that Self we have intuited in fits and starts, but not fully inhabited as our true self. We try to climb out of the stories we tell about ourselves and to be mindful that, when we brood on the past or worry about the future, we are missing out on the life we have in the present. And what is that life? “Accepting means you allow yourself to feel whatever it is you are feeling at that moment. It is part of the isness of the Now. You can’t argue with what is. Well, you can, but if you do, you suffer. (Eckhart Tolle)

It Is What It Is

It is what it is. This phrase, taken up by mass society to mean “Dude, you can’t do anything about this shit!” (Bummer!), is actually a metaphysical statement. Arguing with what is, is a form of insanity. Being lost in shame and fear places us firmly in that madness of storytelling in place of living, lost in our thoughts when we should be opening ourselves to the power of what is, living and breathing and expanding into the Self.

And at the core of this willingness to live in the Now is the acceptance of vulnerability. It is what it is. Don’t argue with what is: Leap now into the ocean of Love and you’ll be transformed! But you have to leap before you can reap those loving benefits…

Brene Brown is not the first person to discuss vulnerability and shame, of course. The Christian author C. S. Lewis had a handle on love and vulnerability long before TED began to talk to us:

“To love at all is to be vulnerable. Love anything and your heart will be wrung and possibly broken. If you want to make sure of keeping it intact you must give it to no one, not even an animal. Wrap it carefully round with hobbies and little luxuries; avoid all entanglements. Lock it up safe in the casket or coffin of your selfishness. But in that casket, safe, dark, motionless, airless, it will change. It will not be broken; it will become unbreakable, impenetrable, irredeemable. To love is to be vulnerable.”

We must embrace vulnerability in our spiritual paths, not run from it, and we must also embrace the unconditional love at the core of our being so that our vulnerability is able to shelter there from the proverbial slings and arrows of outrageous fortune.

To love is to be vulnerable. 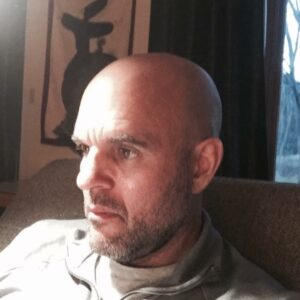 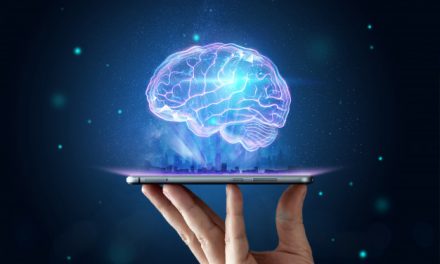 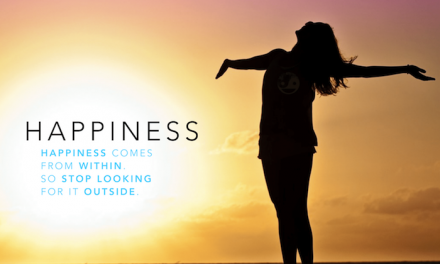 Happiness Comes From Within 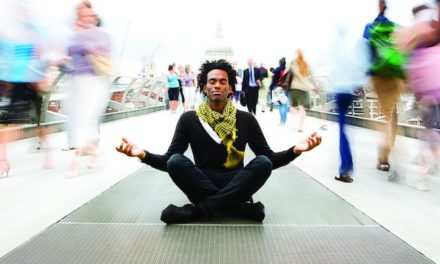 HOW TO OVERCOME SOCIAL ANXIETY